Food for the mind

How to reach authenticity

A conversation with Dr. Jamil Sayegh , by Erid

I see you talk so passionately and that sounds so authentic to me and that’s great to hear to listen to see. How do you think people can reach their authenticity, who they really are?

Hm! I think that first and foremost  we live in a world that for a variety of reasons we’re going too fast. We are, you know if you visualise like a little dog on a wet kitchen floor, and it’s like trying to run and its legs are moving really quickly, but it’s not really going anywhere? Hah, That’s what most of us kind of have going on. We are moving really quickly we’re feeling very frantic, and it’s go go go go go, but when we slow down, and we actually take a moment to recognise: Am I happy? Do I actually enjoy what I’m doing? Am I excited for the work that I do for the ways that I can contribute, and you know give the world? And when we slow down, I mentioned before maybe going on a walk in nature or meditating or praying or just being with yourself and taking a moment to just be in silence.

A Lot of people are uncomfortable with silence, but the reason, is because when you’re in silence,  you actually hear yourself. The “real you” starts speaking and for many people that’s scary, because if you’ve been living a life that is not authentic if you’ve been going through the motions of doing what you think is expected of you, and you’ve been doing what makes other people happy but not you happy? Then you sit down in Silence with no distractions like there’s no music there’s no nothing, and you just sit there and then all of a sudden there’s a voice that you hear in your head that’s like: What are you doing man? It is the voice that you hear in your head that says “why do we still work here?” we’ve been here for 30 years and every day we hate it.

Is a voice in your head that says you know why don’t you ask that person out? The voice that says “why we’re still with this person?” That’s the voice that says all these different things and the thing is that’s for the most part, that’s the real us.

That’s that internal voice that’s that internal Compass is letting you know, something’s not right.  Or on the flip side when you’re doing it right, when you are living authentic life, you sit there in that silence and either you stay silent and it’s just peaceful or that voice comes up, and it just says something like I love my life

The voice says something like: we’ve come a long way. Something that’s more like supportive, empowering because you’re living your authentic self.

So just getting clear for yourself: am I living my life? Or am I living somebody else’s version of my life? And just like we said in the beginning with the Pandemic and what can people do, if you know that you’re not being authentic, one day at a time one step at a time, get some paper, get a pen and get really clear. What would an authentic life look like? Maybe you’ve been disconnected from for a long time, so you might not even know that’s okay, there’s no reason for that. 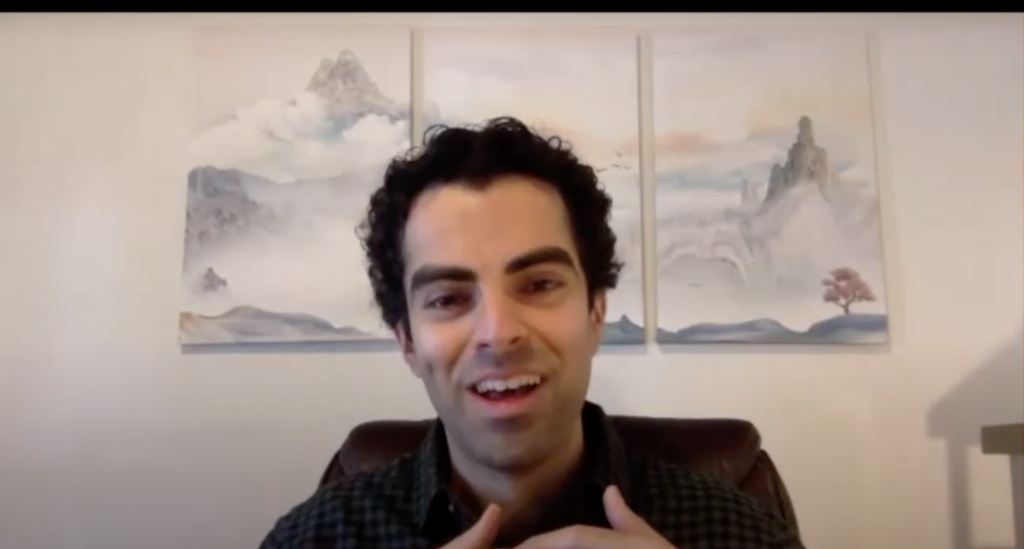 You sit with it, and you make a list: what could be exciting? What could be fun? What is a way that I would love to serve the world, what’s something that I’m really good at? That I just have a lot of fun doing, that people get value out of. And you make your list, and as you’re making your list, and you’re going through it, it’s like “that sounds like a good idea” and then you just say “what could I do for that” and you take a step forward in that direction you might get it right the first try right can you work, or you might try it, and it doesn’t work out as well, or you try it, and you realise you know that was fun, but I don’t actually want to do that for a living.

When you do that moment by moment by moment, you create meaningful days and a meaningful day you know its meaningful day because when you go to sleep at night you’ve got this feeling it’s just like wow! You know what a day!!You’ve got this feeling of energy, excitement, I  can’t wait for tomorrow. Today was a really good day like that type of feeling.Maybe you had a goal that you had, you completed a project. Maybe you contributed to other people said: hey, you changed my life! Or hey you really helped me, or hey thank you so much made a big difference. And that’s what we all live for and it’s just like when you do that, you’re creating a meaningful day. You do that enough to create meaningful week, a month a year and you make that meaningful life. But when it comes to the authenticity side of it, the best advice which some people think is cliche or I know that, but almost nobody does it is Be you! Be yourself.Stop trying to be somebody else, stop looking at everybody else and seeing what they’re doing and thinking “maybe I’ll be happy if I do that” .

Get clear what makes you happy. Get clear on what authenticity looks like for you. Some people have the resources and lets say financially, to be able to say you know what I’m just going to quit my job and start at this new thing. If that’s you? Awesome! It takes courage to do that.And if it’s not you maybe you sit there saying: well that’s great Jamil, I’ve got this dream, but I don’t have the money. I have a job I whatever, that’s fine. But like we talked about, what are you doing at night? Or if you work at night, what are you doing during the day? You are not working 24 hours though, so there’s hours that you are not working.Get clear in those hours, what is it that would be fun, exciting, interesting. What are you curious about, and then you build off that. It might take you a few weeks, a few months, a few years but you’ll be able to transition out of what you don’t like into what you do you like as long as you’re consistent with it.But if you tell yourself the story, similar to the pandemic thing also, that :

And there is nothing wrong with of those things, but keeping in mind are they helping you get where you want to be? And if the answer is no, then you might wanna do something about that. So in the end of the day, that’s what I think you know getting really clear on what it authentic to you. Being yourself moment by moment, and slow down enough to hear to the internal voice and check in, because that internal voice knows when you’re off your path.

Uncategorized
Food for the Mind and Soul
Posted on04/25/202106/22/2021
0
Food for the mind How to reach authenticity A conversation with Dr. Jamil Sayegh , by Erid (5 minutes read) Erid: I see you talk so passionately and that sounds ...